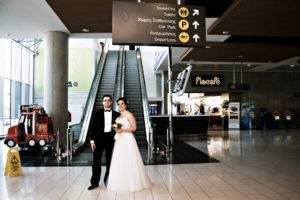 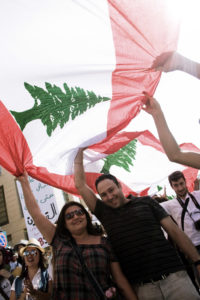 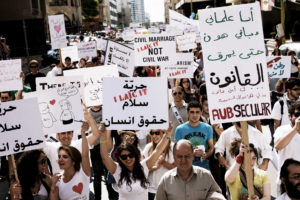 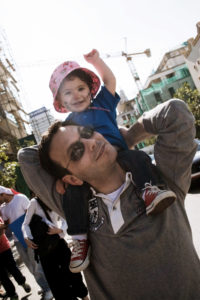 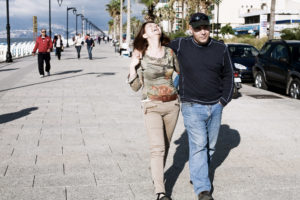 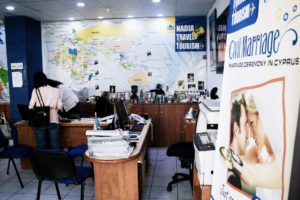 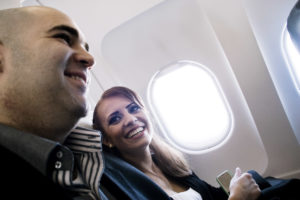 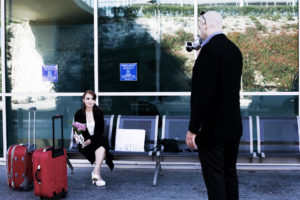 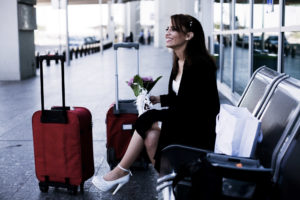 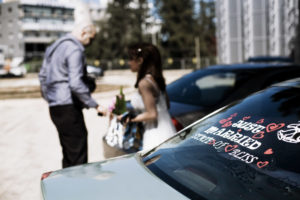 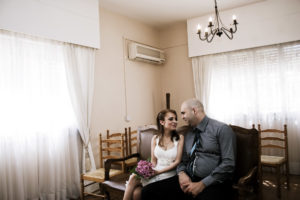 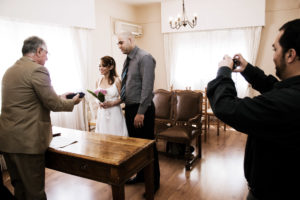 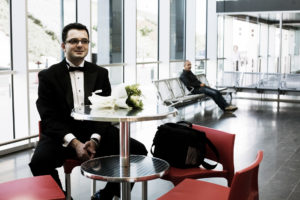 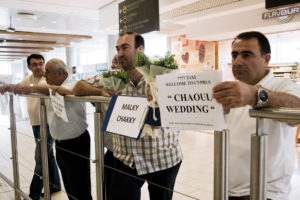 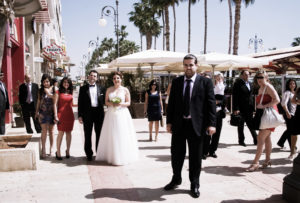 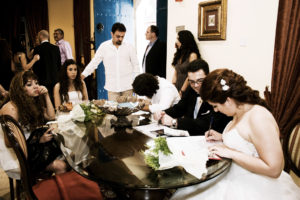 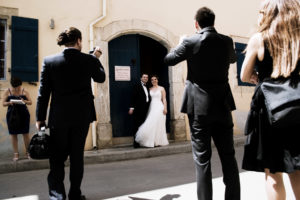 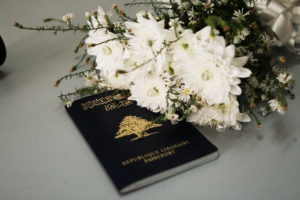 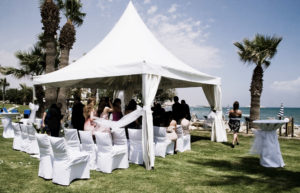 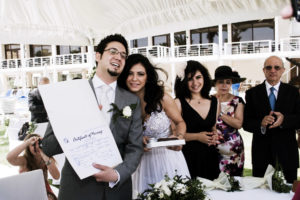 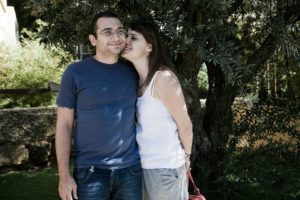 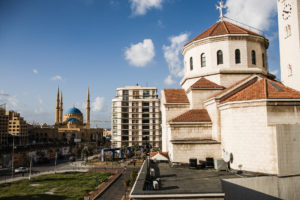 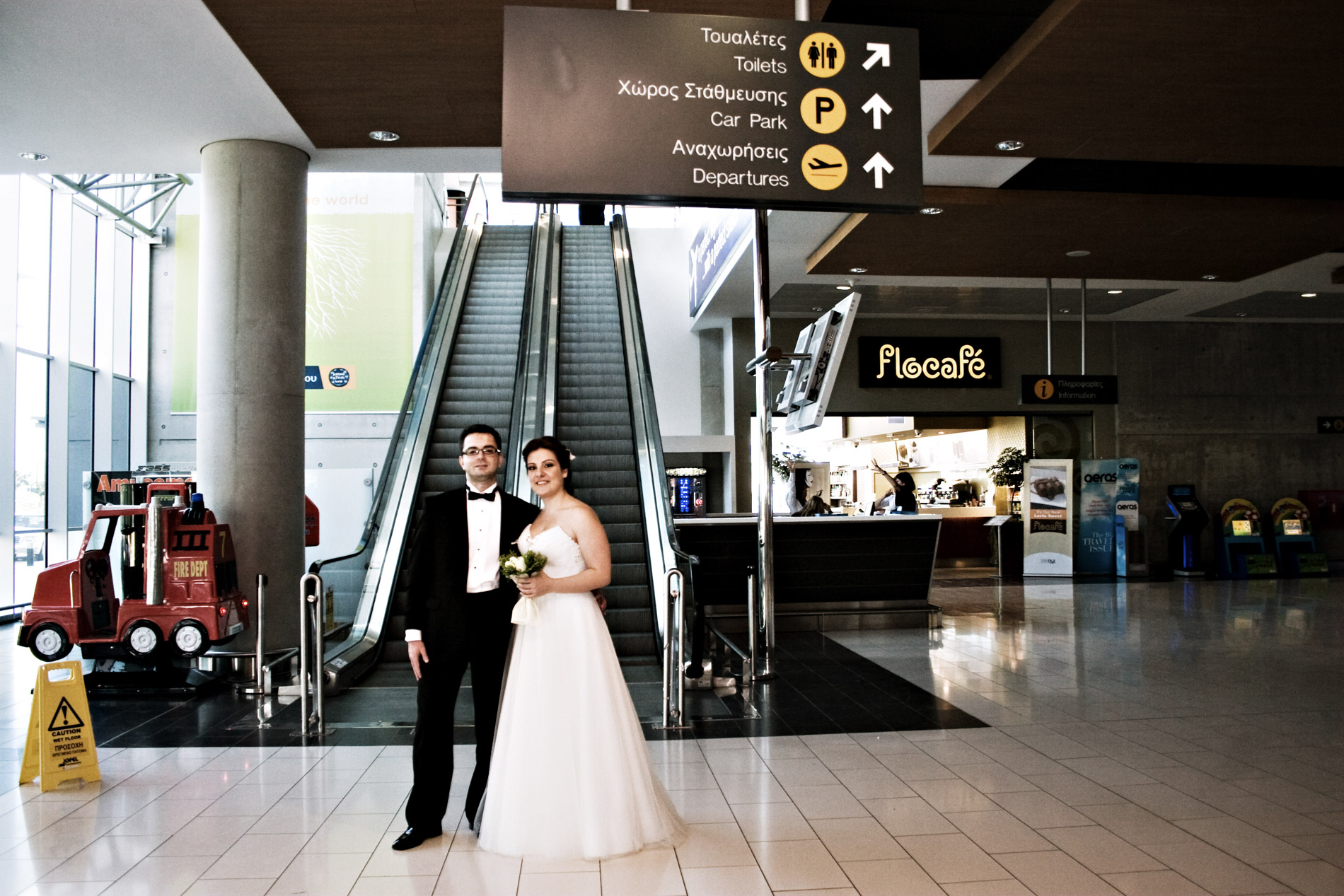 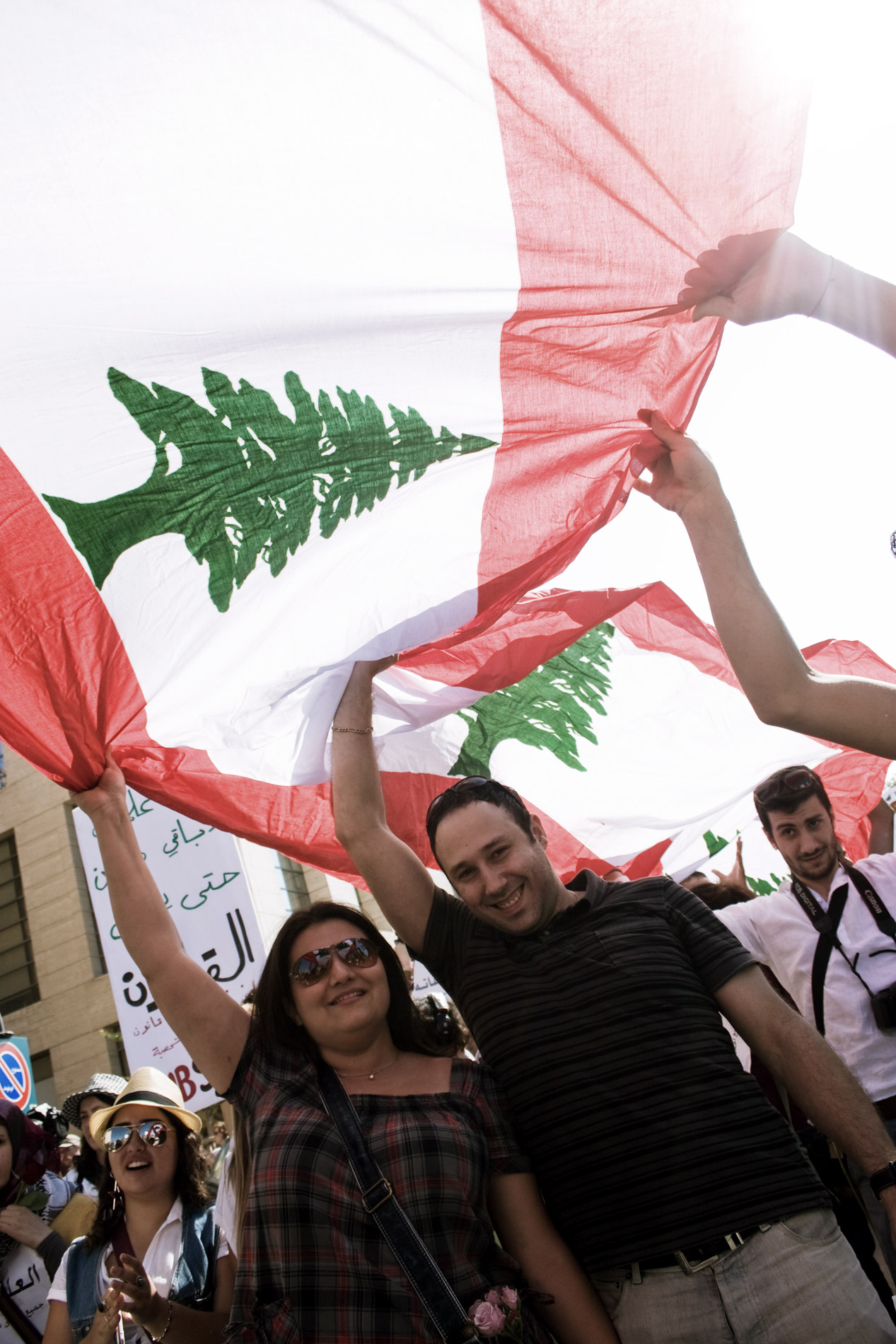 Darine and Marwanh, at the airport of Larnaka in Cyprus. They're getting civilly married in Larnaka, mainly to make it easier to install in Canada.

Joumana, 26 and Michel, 31, during the Laïc Pride in Beirut, on may 15th 2011. She's shiite, he's maronit, Joumana's family doesn't accept their union, mais they've still decided to get married in Cyprus.

The Laïc Pride, which gathered between 3000 and 4000 people of all ages and religion, may 15th in Beirut.

Ali, 35 and his daughter Laetitia, 15 months, during the Laïc Pride in Beirut. Ali is shiite, he's married with Nathalie, a protestant. Laetitia is administratively chiite, but her parents will give her a mixt religious education.

Roy and Juliana, in their forties, have married civilly in Greece. Both are christians and believers, but they think that marriage is mostly a contract and that the church should have nothing to do with it.

At the agency Nadia Travels in Beirut, that offers civil wedding packages : for 1500$ the agency takes care of the travel, the paperwork, the transport, and a few hotel nights.

Jad and Malaké, in the plane to Cyprus. He's chiite, she's maronit. They're eloping without her parents' authorization, with money lent by friends. Later, when they learned they were married, Malake's parents accepted Jad.

Malaké and Jad, in front of the airport of Larnaka, in Cyprus, wait for the organizer of their wedding.

Malaké, at the airport of Larnaka, in Cyprus, before her wedding.

Jad and Malaké in Nicosia, about to get married.

Jad and Malaké at the municipality of Nicosia, in Cyprus, juste before getting married.

Jad and Malaké at the municipality of Nicosia, in Cyprus, during their wedding. Georges, the organizer, is their witness and takes all the pictures.

Marwanh waits for his fiancée Darine, and their families, at the airport of Larnaka in Cyprus.

Everyday at the airport of Larnaka, civil weddings organizers wait for couples from Beiurt.

Marwanh, Darine and their family in Larnaka, Cyprus, before the wedding.

Darine, Marwanh and two other lebanese couples fill in paperwork at the municipality of Larnaka, in Cyprus.

The passport and flowers of a young lebanese bride in Cyprus.

Jihad and Serena's wedding in a luxury hotel near Larnaka. Jihad is Sunni, Serena is christian. For a long time, their parents were against the union, but after meeting the other, they changed their minds. The couple wants to raise their children in both religions.

Jihad and Serena, during their wedding in Cyprus.

Wahid and Virgine, in their thirties, got married a year before. Both christian, they chose a civil marriage for political reasons, and reflect this generation asking for changes in the lebanese society.

In the center of Beirut, mosques and churches are nearby.

“A civil marriage not a civil war!” While the youth from Tunis, Benghazi and Cairo were fighting against their dictator, the one from Beirut was marching this spring for… the right to get civilly married. As a matter of fact, in Lebanon, getting married is also a political issue. Indeed, in this small country of 4 million people, 18 religious communities are sharing the political power proportionally to their demographic size. This cohabitation is still precarius, 20 years after a civil war that tore the country apart for 15 years. Nowadays, in Lebanon, it is still impossible to get married with someone from a different religion, unless the bride gives up her confession or the future spouses say “I do” abroad. And this solution makes hotel managers, Tour Operators in Cyprus (a 30 minute-flight away from Beirut) delighted. Each year, they welcome hundreds of young Lebanese couples ready to travel abroad to get civilly married. Even couples from the same community make this choice, as a symbol to claim to a secular state in Lebanon. This demand gathered thousands of people in a “Civil pride” and other marches that took place in the Lebanese capital this spring to claim to the end of the confessional system in Lebanon. In this demos, there was a generation that grew up during the civil war and now dream of a peaceful and secular Lebanon. They are Shiite, Sunni, Protestant, Christian Maronite or Orthodox, From Beirut to Nicosia, we followed some young couples who decided –some of them secretly from their family- to get civilly married in Cyprus. A way for them to support this secular revolution that may take long time.